How to Make Video Call Recordings with Popular Software

Thanks to its seemingly endless benefits, video calling is becoming more and more popular among business professionals. There are a few well-known apps that provide video calling and we’re pretty sure you’ve tried at least one or two.

Just as with everything in life, there are plenty of options when it comes to recording your video calls. Some are better, some worse, some work for bigger companies, and some are perfect for small teams. There are lots of tools, tips and tricks to make things easier and quicker. But how do you know which software or app is best for you and your company?​ 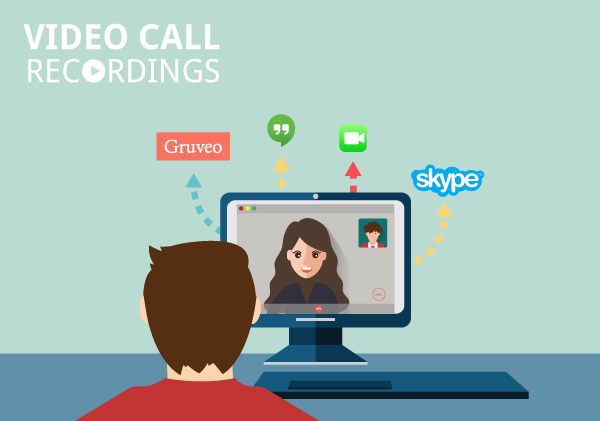 To help you out with the decision making, we’ve created this guide explaining how to make call recordings with Google Hangouts, Skype and other apps. We concentrate on the most popular video calling apps and outline how you can successfully record your video calls with them.​

If you don't have time to read this blog post right now, here is a PDF download for you to read at your convenience.

Although Google Hangouts has no built-in feature for recording calls, we outline two different ways it can be done.

The first option is to set up a Live Streaming Event in the YouTube Creator Studio and use Google Hangouts on Air for the video call.​

YouTube Live and Google Hangouts on Air notification before the broadcast.

Using this combination, you can broadcast a live event and make it public for people to watch, or keep it private for yourself and the people you share the recording with.​ 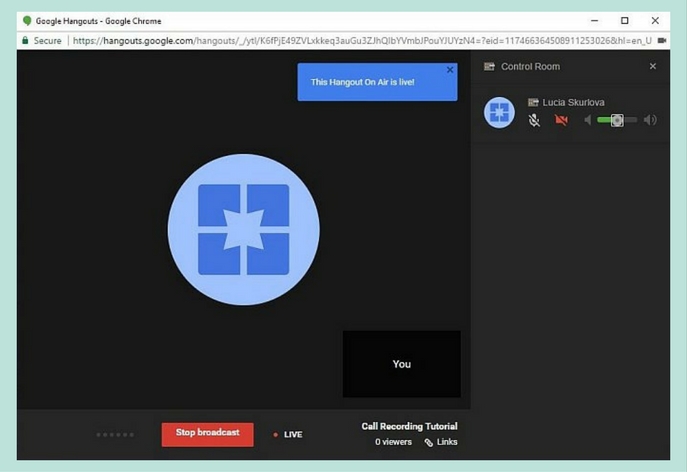 A big advantage here when screen sharing is that you can decide to share either your whole screen or just a chosen application window. This makes the transition between various windows easy.​

After your broadcast has ended, you can find your recording in the Videos section of YouTube’s Video Manager, but it might be a while before the video recording becomes downloadable. You can download an MP4 video for further use, or share a link to it on YouTube.​

Your YouTube Live and Google Hangouts on Air recording in the Videos section of YouTube’s Video Manager.

For further details, see this guide on combining Hangouts on Air with YouTube Live.

The second, and for some possibly an easier way to record Hangouts calls involves using a generic screen capturing program. We will have a look at this option later.​

The free version of Skype doesn’t allow you to record your calls natively, i.e., without using additional software. However, Skype provides a list of applications from third-party developers that plug into your Linux, Mac, and Windows Classic Skype clients, allowing you to make call recordings. Also, you can always use some of the screen capturing software mentioned below to record your online video meetings.

On the other hand, Skype for Business, included in Office 365, has an in-built call recording feature that lets you record your meetings and capture audio, video, instant messaging, screen sharing, PowerPoint slides, whiteboard activity and polling.​

Probably the most popular video calling app for Mac and iOS devices, FaceTime doesn’t support call recording natively either, so you have to download or buy additional software to record your FaceTime conversations. The good news is that there are various programs out there to help you with this. One of them is Call Recorder for FaceTime by Ecamm.

Of course, there is always the option of using a screen capturing program (we discuss this in greater detail below). Apowersoft Mac Screen Recorder is a good solution that supports recording on your Mac. There is also the iPhone/iPad Recorder for iOS devices. Another one is QuickTime Player, the default media player on Mac, that can also act as a FaceTime recorder. You can record calls on your Mac as well as on your iPhone with it.

The call recording feature is included in the Gruveo Pro subscription and makes it easy for you to record video, voice and screen sharing calls on your computer, as well as in Gruveo’s native apps for iOS and Android. 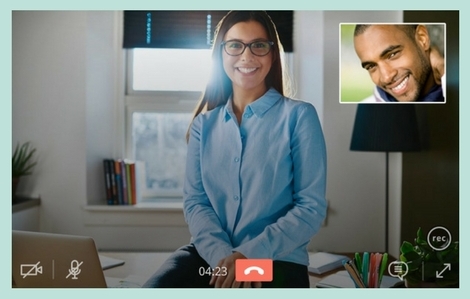 You won’t need any additional software for call recording - and using screen capturing programs will possibly just complicate the process as the built-in solution is so simple. On top of all that, Gruveo stores your call recordings in the cloud, where they are always available for you to watch or download. 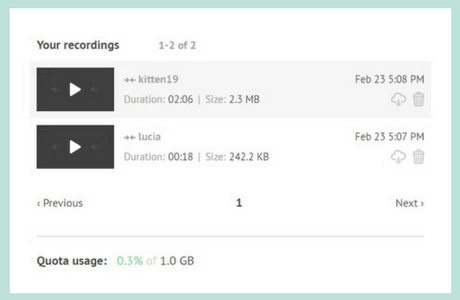 A preview of Gruveo Pro video and a voice call recordings in your profile's storage space in the cloud.

A "last resort" approach to video call recording would be to use a generic screen capturing program. Capturing your screen to record a video conversation works for any video calling service out there, but it's often much less convenient than the dedicated methods described above.

You can choose from a variety of screen recorders - there are some great ones available at no cost. Here are some for you to take a look at:

All of these let you record audio, a video of the whole screen or just a specific section, and usually offer additional features to help you make your recordings more attractive. This comes in handy when you want to include the recorded footage into another video and create a tutorial.

The downside of these programs is that you need to install them, and even the web-based one needs a launcher to be installed first. But perhaps the most important negative is that since screen capturers record a particular area on your screen, you need to take special care to prevent other windows from showing in that area while recording.

As an example, we will show you how to use the web-based recorder Apowersoft.​ 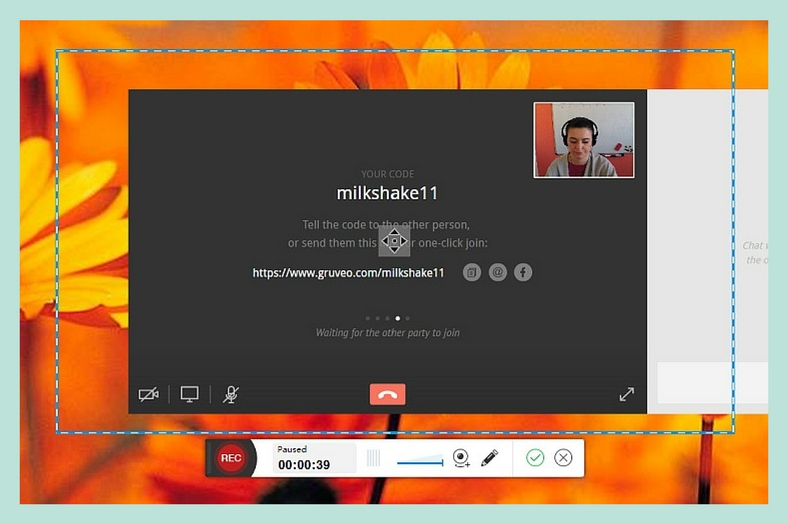 After clicking the big Start Recording button on the Apowersoft website, a recording box will appear. You can adjust the size of the recorded area of your screen and also set up other details you need in advance. The recording quality is good, and when you’re done with the recording, you are asked to download it or upload it to Google Drive, Dropbox, etc. where you’ll keep it.

There are many call recording solutions for Hangouts, Skype, FaceTime and Gruveo, both native and third-party. In the end, it comes down to your preference and whether you like a native solution for recording your video calls. If this is the case you can choose from Skype for Business and Gruveo Pro. Alternatively, you can work with third-party recorders (like in the Skype case) or go for generic screen capturing software, in which case the process may not be as convenient.

We'd like to hear about your experience with recording video calls. Let us know in the comment section below.