All posts by Art

Update July 4: First screenshots of Gruveo 2.0 have been posted. Click here to check them out!

For almost a year now, Gruveo has been a trusted choice for anyone looking to make super-easy and secure video calls. We are constantly searching for ways to improve our service, and we are happy to announce that a big update to Gruveo will go live in the coming weeks.

The current version of Gruveo is based on Flash, and while it has served us well, it’s time to say goodbye. The biggest issue with Flash is that it doesn’t work on mobile devices, and limiting an online service to desktop only in 2014 is just crazy.

We are rebuilding Gruveo with WebRTC, a new standard (part of HTML5) that makes in-browser video calling possible without the need for plugins. WebRTC is already supported by Chrome, Firefox and Opera on desktop and Android. An SDK for developing iOS apps exists as well.

Here is what the new version of Gruveo will bring:

What Should I Keep in Mind?

The new Gruveo will be free and ultra-easy to use as before, just better and available on more platforms. However, due to switching to a new standard that’s still under active development, Gruveo 2.0 will currently not work in the following popular browsers:

If you use one of those, you will have to switch to Chrome, Firefox or Opera (desktop/Android) in order to use Gruveo 2.0. Most users won’t have to though: About 80% of Gruveo callers over the past month enjoyed the service in a Gruveo 2.0-compatible browser.

Use the subscription form in the top right to subscribe to our Gruveo Connect newsletter and be notified when Gruveo 2.0 goes live. Just enter your email address and click “Sign Up”.

We have rolled out an exciting update to Gruveo that allows you to quickly invite your Twitter followers to a Gruveo call. All you have to do is start a call and then click the “Tweet” button on the connection screen:

Whoever clicks your Gruveo link first will get connected to you and the call will begin. Try it today!

P.S. Don’t feel like inventing a number to start a call with? Just leave the “Number” field empty and Gruveo will do that for you 🙂

Gruveo and the Heartbleed Vulnerability

On April 7, the Heartbleed vulnerability was announced which affects certain versions of the popular OpenSSL software package. OpenSSL is used throughout the Internet to enable secure connections (such as the HTTPS protocol).

We take our users’ security seriously here at Gruveo and have taken the necessary steps to weigh the impact of the vulnerability on our service. We are happy to announce that the affected versions of OpenSSL have never been used by Gruveo and thus we have not been susceptible to the CVE-2014-0160 (“Heartbleed”) bug.

Thank you for using Gruveo and rest assured that your security is of utmost importance to us.

We are excited to announce an update to Gruveo that introduces significant improvements to the call picture quality. These improvements have been made possible by dumping the old Sorenson Spark codec used for compressing video and replacing it with the newer H.264.

H.264 is a state of the art codec that offers better video at drastically lower bitrates. Using H.264 allowed us to slash Gruveo’s bandwidth requirements almost in half while offering better picture quality. These quality improvements will be even more pronounced on slower connections.

H.264 is more CPU intensive than the old codec, which may become noticeable on older computers. However, most computers these days have no problem processing H.264, and we feel that the gains in call quality are well worth the switch.

Finally, H.264 encoding is supported by Flash version 11.0 and later, so Gruveo’s required minimum Flash version has been bumped from 10.3 to 11.0. That shouldn’t be an issue for most of our users because less than 1% of them have older versions of the Flash plugin installed. If you have an old version of Flash, please upgrade – it’s totally free.

Try the new Gruveo today and let us know what you think in the comments below!

Update August 15, 2014: The below post applies to an earlier version of Gruveo that used Flash. Click here for a detailed review of the current version’s security.

2013 has brought revelations about the massive scale of US surveillance on Internet communications. People all over the world learned that most of their Internet activities are routinely logged, recorded and analyzed. In light of these revelations, we at Gruveo feel that it’s our duty to explain to our users how their calls are protected and what mechanisms we use to ensure the security of their Gruveo communications.

The first thing to note is that wherever possible, all Gruveo calls are established using the so-called peer-to-peer (P2P) technology where data flows directly between the users’ computers. Almost by definition, the absence of a middle point relaying your calls means that it’s harder for a third party to intercept them.

Whether a call is established using P2P is determined by the firewall configuration of the particular pair of users. If a call cannot be established via P2P, it is relayed using our secure servers. Gruveo is quite good in “piercing” firewalls to establish P2P calls, however: 63.1% of the past month’s calls were established over peer-to-peer.

The decentralization brought by peer-to-peer is just part of the story. No matter if your call is established via P2P or not, it is encrypted end to end as part of the RTMFP protocol (P2P), or RTMPS/RTMPTS (non-P2P). In RTMFP, all network traffic is encrypted using 128-bit cipher. RTMPS/RTMPTS rely on the industry-standard SSL standard for traffic encryption.

We hope that this answers the important questions you might have about the security of your Gruveo calls. Don’t hesitate to head off to the FAQ and our privacy policy for more information, or drop us a line with any further inquiries!

Video: How to Make Gruveo Calls

We have just rolled out an important update to Gruveo that focuses on improving call stability and quality. You will automatically enjoy this latest version of Gruveo the next time you log on to www.gruveo.com. However, if that doesn’t happen and you start experiencing issues establishing calls, just clear your browser’s cache and restart your browser. 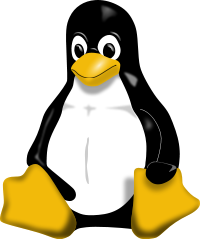 Some of our users have been reporting connection problems on Linux. When making a call, Gruveo would say “Connecting…” and then return to the home screen. Further investigation showed that this was caused by a pesky bug in Flash Player for Linux that prevented Gruveo from establishing a secure connection.

This past week, our team has coded around the bug so now you can make instant, secure video calls with Gruveo on Linux, too. All you have to do is clear your browser’s cache and reload the Gruveo homepage.

One way of using Gruveo to establish a quick video call is to type in some random number, start the call and then pass the direct link to the other party. If that’s how you do it and you don’t care about the particular number used, you can make the whole process even quicker.

Here’s the secret: If you leave the “Number” field empty, Gruveo will generate a random 7-digit number for you. So all you really have to do is go to www.gruveo.com, click “Video call” or “Voice call”, and give the other person the direct link to connect. Now, can it get easier than that? 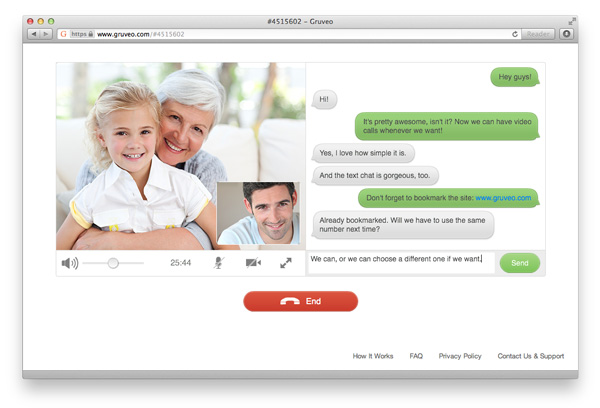 After months of hard work, we are happy to announce Gruveo – a simple way to establish instant video calls right in your browser, no software or registration required.

As probably most people out there, we love video calling our friends and loved ones. However, sometimes there are just too many hoops to jump through to make a simple video call. You have to install software, register for an account and add the other person to your contact list. Only then can the coveted video call take place.

Gruveo eliminates all of these hurdles. Instead of asking you to install software, Gruveo runs in your browser using what is most probably already there – Adobe Flash. And instead of registering and adding each other to your contact lists, you simply agree with the other person on some number and then both enter it on www.gruveo.com to connect. That’s it!

Gruveo calls are not just super-easy to make, they are also private and secure. To begin with, there are no registrations, so your identity remains completely anonymous – even to the other party if you so choose. Then there’s the complete, end-to-end, industry-standard encryption of all calls taking place on Gruveo. And finally, after a call has been established, it’s sealed: nobody else can connect to it even if they enter the same number.

Oh, and you can also make voice-only calls on Gruveo as well as exchange text messages during your call.

So try Gruveo today and let us know what you think!